The Holiday season is a hectic but great time of the year.

Yes, there’s plenty of shopping and Holiday parties to fit into the busy schedules while also making time for your favorite Junior A squad – the Philadelphia Revolution.

Philadelphia is also enjoying the most wonderful time of the year and in large part because of the team’s recent performance on the ice.

The Revolution were in Newington, CT on Tuesday and Wednesday when the team completed two games for the EHL’s December Showcase Series, presented by Bertucci’s. No, Philadelphia didn’t pick up four points in the league standings, but the Revolution skated hard in both contests and collected a win on Wednesday night vs. the Seacoast Spartans. 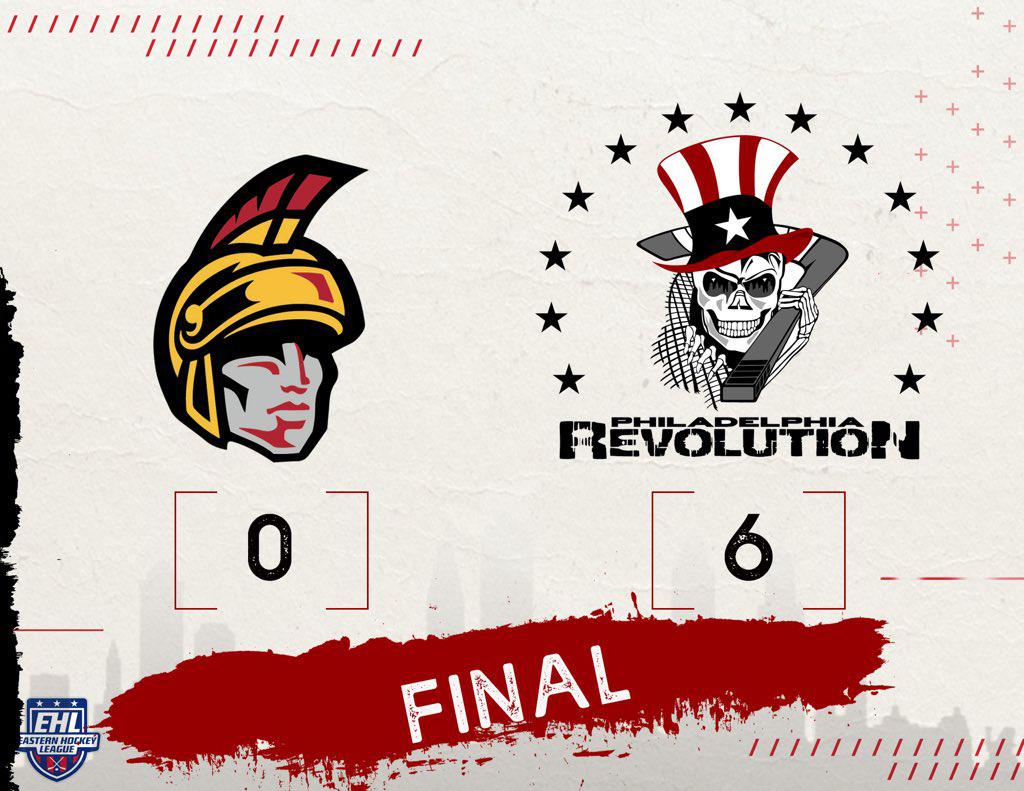 Head coach Jon Rogger’s squad earned their second shutout on the year, after taking down the expansion Spartans by a final score of 6-0. Better yet, the team’s bus trip earlier in the day didn’t seem to impact the team’s impressive start to the contest.

“It’s funny I guess; it’s just one of those things,” said Rogger. “Sometimes it’s better when we just show up and come right to the game and be ready to go.” 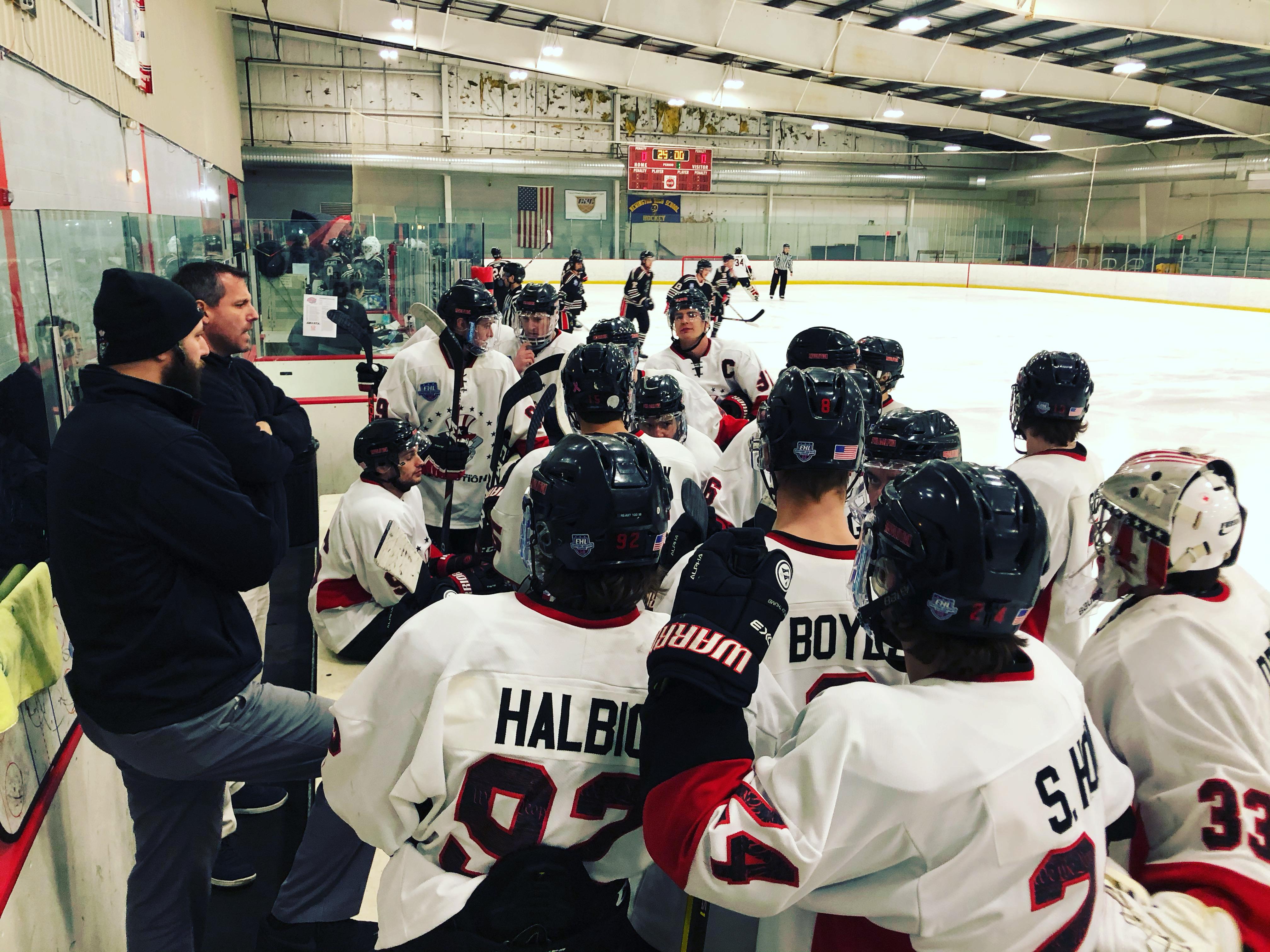 Rogger and company earned their second shutout on the year, after taking down the expansion Spartans by a final score of 6-0. Better yet, the team’s bus trip earlier in the day didn’t seem to impact Philadelphia’s impressive start to the contest.

Similar to the team’s prior two victories, the Revs found the back of the net early and often. Yes, you read the online scoresheet correct – Philadelphia scored all six goals during the game’s first period. Keep in mind the tournament’s layout was two 25-minute periods instead of the normal three periods that are 20 minutes in length.

Forward Brayden Patricia opened the scoring for Philadelphia just 29 seconds into the first period, and found the back of the net again later in the frame. No. 26 leads all Revolutions skaters on the year with 35 points (20g-15a).

Yet, Tiger Bjornlund finished the night with a season-high five points (tied; Nov. 17). The native of Maryland recorded his first hattrick on the season and also chipped in two helpers. No. 5 now has 19 points (6g-13a) in 18 games played on the year. 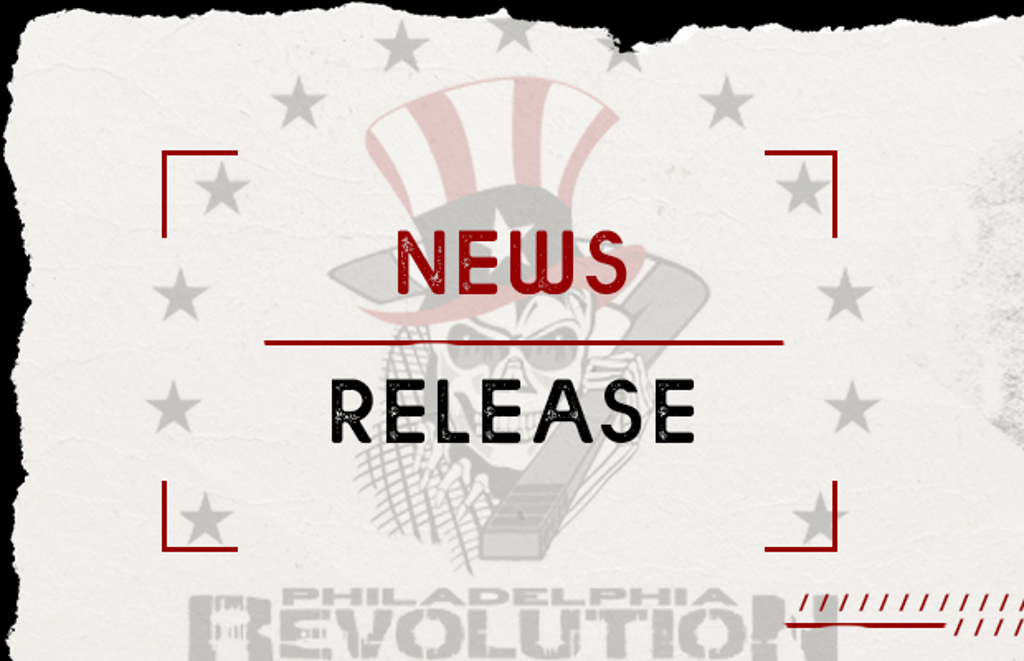 “Honestly, I felt very relaxed, excited and anxious to get back,” said Crowther. “Just super excited to move on and keep playing, and get another couple of points for a big week with the boys.”

Crowther finished the night with three assists and appeared to make a smooth adjustment back into the Revs’ lineup at the center position.

“Everyone was very supportive and a lot of them reached out; and I watched a lot of games online to keep up with the boys,” added Crowther on staying in touch with his teammates.

On the defensive side of the puck, goaltender Anthony Schrum started between the pipes for the first time since Nov. 24.

“Schrum was excellent and he made the saves when he needed to, and it was easy for the guys to kind of sit back on cruise control because of that,” said Rogger.

While the Revs posted a ‘touchdown’ on the scoresheet, the 6-foot-3 netminder was tested at times during the contest and appeared flawless all night. No. 34 finished the contest with 27 saves and was all smiles afterward when his teammates congratulated him for his fifth win on the year.

The victory marked the third-straight contest that the Revolution scored six or more goals in. Coach Rogger credited the full lineup’s efforts towards the recent success during the Holiday season.

“Overall, I think all 21 guys in the lineup played pretty well, and obviously when you get good goaltending that gives you a chance every night.”

The Revolution entered Thursday’s contest vs. the league’s first-place Boston Junior Rangers while riding a four-game winning streak. The offense was flowing, the two-way play was apparent more times than not and the masked men were all contributing in big ways to get the Revs back on the track.

All of those characteristics were displayed on Thursday for one of the biggest games on the year for the EHL, to date.

However, it’s arguable that Philadelphia was snake-bitten by a number of calls from the officials during the matinee contest. If you don’t believe this hockey enthusiast, just look at the game summary and prior summaries. 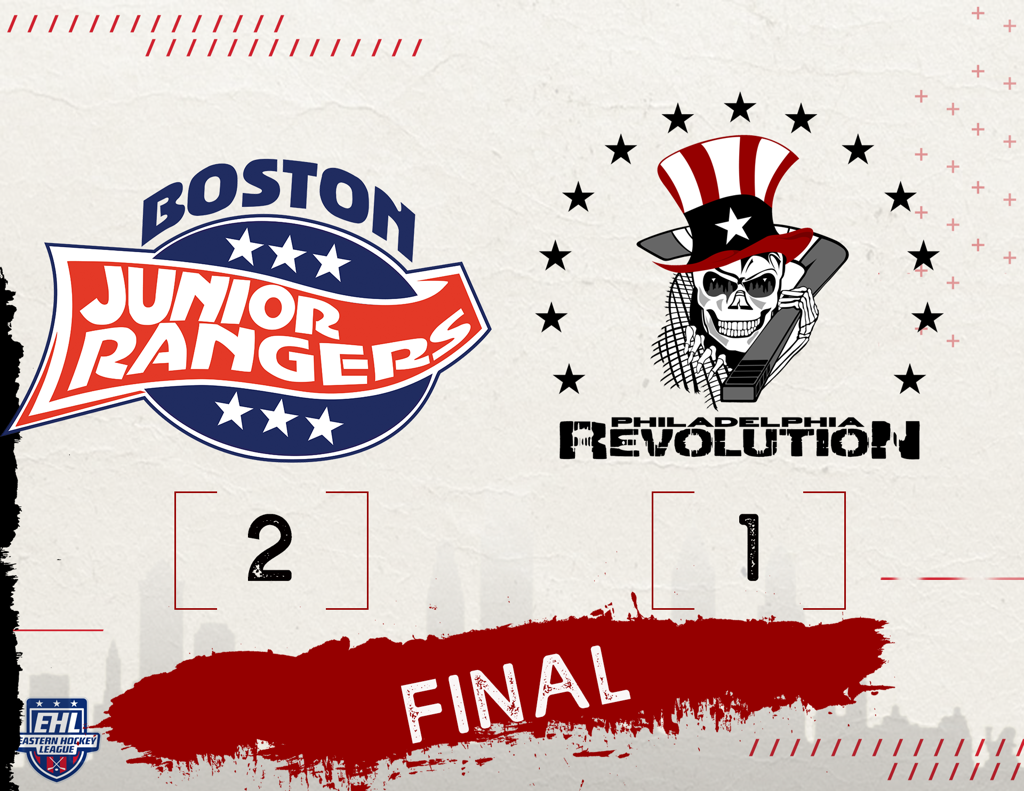 By the time the final buzzer sounded, the Revs finished the game with seven unsportsmanlike conduct penalties. Boston was on the man advantage for six different occasions, but two of which were 4:00 minute penalties. However, a resilient Revolution squad managed to kill off five of those six Boston power plays.

While the Revs skated hard and executed defensively, goaltender Anthony Del Tufo brought his “A” game against the Jr. Rangers. No. 33 was tested all game with quality scoring chances, especially when Boston was on the man advantage. Del Tufo finished with 27 saves on 29 shots and certainly provided his team the best opportunity to win – given the unfortunate circumstances of often being down a man.

Down 2-0 midway through the second frame, the Revs controlled a majority of the momentum and outworked Boston in the offensive zone for the remainder of regulation.

The hard-working attitude paid off when Anthony Bench found the back of the net off a one-timer from the high slot with less than five minutes left in regulation. Saava Smirnov fed Bench the puck from behind the goal line and clearly placed it in Bench’s sweet spot.

Philadelphia fought to the very end, but witnessed its four-game winning streak snapped.

The Revolution are back in action on Saturday night at Revolution Ice Gardens when they host the New Jersey 87s for a 6:00 P.M. start.

(The Philadelphia Revolution can be followed on Twitter @RevsJrHockey)